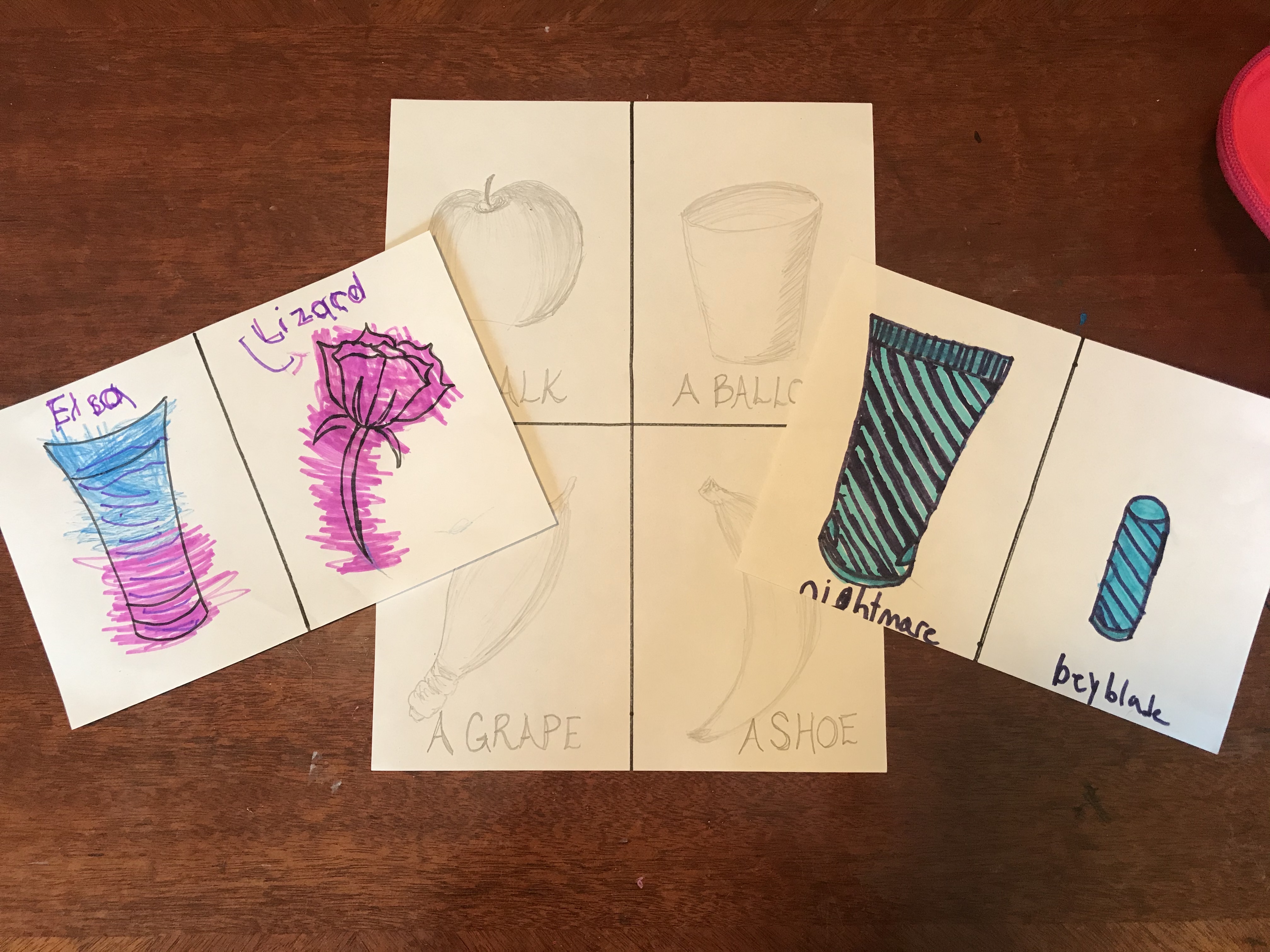 Good afternoon! William Shakespeare once wrote, "What's in a name? That which we call a rose by any other name would smell as sweet?" What is in a name? An image? An object? The question of the day, "would a rose by any other name smell as sweet?" Well, the first response would be, "Am I dreaming? Or am I awake?" In dreams, objects, words, phrases, images become obscure, abstract, and surreal. Sometimes we wake up, yawn, and realize that we've had a wild night of vivid dreams. That which, if you attempt to recall, can only name a few instances in which made you feel uncertain, strange. Actual situations can be tainted by the morning light and seemingly forgotten within the first few minutes of awareness. However, still engrained in your unconscious, is the slight tingle of familiarity haunts you as you wade through the night's playground every time you close your eyes.

This is what the Surrealists wanted to capture. Surrealism is the art which sought to capture the unconscious and unlock the playfulness of imagination. They threw away the literary realism that hounds every day surroundings, and portrayed unrealistic images that one could only find behind the eyelids. Salvador Dali would wake from sleep only to quickly write down everything he could remember from the previous unconscious nighttime adventure.

These ideas were inspired from Sigmund Freud's book, The Interpretation of Dreams (1899). Freud was a controversial psychologist in the late 19th century - early 20th century. His emphasis on the unconscious mind and dreams inspired artists to delve into their own personal imagination. While inspired and tainted by modern day society and circumstances, the information gathered during the conscious mind retains it, only to twist and writhe into another dimension of thought and experience when you fall asleep.

So, imagine you were walking your dog on a sunny day. You had your headphones on playing your favorite song, and as you walked, you watch birds flying, trees swaying in the cool breeze, cars honking and passing by, a friendly neighbor waves to you, and a cat hisses as your dog sneers unpleasantly. These images, sounds, and feelings are now engrained in your mind, whether knowingly (consciously) or unknowingly (subconsciously). Then, you go home, eat dinner, and fall fast asleep. Your dreams begin to take flight, you have now entered the REM zone. It's not the end of the world as you know it, but it may be in your dream. You soundly hear the distance sound of rushing cars, however, you don't see the cars, you notice it is coming from the rushing water under the boat your in. You notice that there is someone in the boat with you you recognize, but it's not the same face, it's actually the face of your dog. He tells you that you are on your way to a friend's house. You know that you don't ride in a boat to your friend's house, but your mind accepts it. Suddenly, the water turns into a dirt road, but the boat is still moving, and there are people walking around the road. You know them, but you can't quite make out their face. They wave at you, smiling. The boat comes to a stop, your dog is no longer in there with you, or at least what you thought was your dog, and you step out of the boat. A breeze lifts you off your feet and you begin to fly above the trees, smelling the familiar smell of home. A cat zooms by you, hissing. What? Cats can't fly. You shrug it off. Suddenly, you feel like you can't stop flying. You begin to panic a little. A sound makes you skip in to a house. Sitting in front of you is a plate of food. You can smell the food, it smells like what you had for dinner. However, when you look at the plate, you see a bird sitting there next to a flower. Finally, your eyes start to twitch, you roll over on your pillow, and attempt to relive the dream. It's jumbled, familiar, but not familiar.

Surrealist artists used their dreams to interpret reality differently. Rene Magritte was one of those artists. Born in Belgium, November 21, 1898, Magritte delved in to Freudian ideas. He created deadpan, illustrative, mysterious paintings with powerful paradoxes (seemingly absurd or self-contradictory statements that may end up to be true). Some of his illustrations tied in images and text. Such as his Interpretation of Dreams (1930), that showed several images of bland household items with unusual names written under them - the storm, the moon, etc. While we know the image and name do not fit, in a dream, they could make sense. The ideas are abstract and surreal, but proved to be thought-provoking and enticing. Another piece is Ceci n'est pas une pomme (This is not an apple), Magritte states that the image of the apple is NOT actually an apple, but simply a picture of an apple. This is why many critics like to refer to his art as mysterious.

Therefore, we come back to Shakespeare's question, "What's in a name?" Names are what helps language. We give them to distinguish between objects, people, animals, nature, places, and so on. However, literal meanings take on different interpretations when we see things on paper, the computer, in books, magazines, digitally, and...our dreams.

Remember, you need ART to be SMART! I hope you enjoyed this information.

Please check out the video, Mysterious Magritte, and see how we did our Interpretation of Household Items!